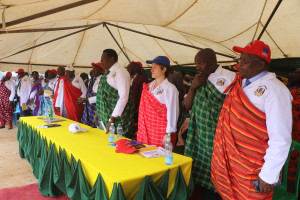 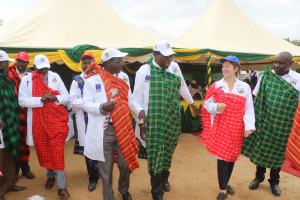 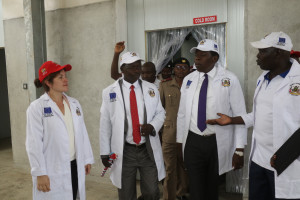 CS Hon. Eugene Wamalwa in charge of the Ministry of Defence and Devolution has commissioned Nasukuta Export Abattoir at Chepareria, West Pokot County. The project is co-funded by European Union through its Instruments for Devolution Advice and Support (IDEAS) programme, the national government and County government of West Pokot.

The Nasukuta Abattoir was established as part of Economic Stimulus Programme to support livestock development and its key value chains and Kenya's Big 4 Agenda, and ultimately, improve agro- pastoralist incomes.

Hon. Prof. John Lonyangapuo termed the Nasukuta Project 'a game changer' that will transform the livelihoods of the people of West Pokot. With the county's initiatives to improve livestock breeds across the county, Prof. Lonyangapuo said that the factory couldn't have come to fruition at a better time.

"With the commissioning of Nasukuta factory, farmers will now be cushioned against exploitative markets and their livestock will going forward, fetch competitive prices," said the governor.

Representing the EU, Myra Barnardi who is the Head of Agriculture, Resilience and Job creation, European Union, Kenya said that the project was a statement that devolution works and delivers. She urged the county government to continue working closely with the national government in areas of local development.